Greetings in the name of our Lord and Savior, Jesus Christ.

Jolene and I express to you, Mariah, Kelsey, and your families the grace and peace that can come only in Christ Jesus our Lord.

I am sure the past two months have been difficult as you all miss the loving presence of Tracy, spouse and mother. I thought Mariah expressed it well in the comments she placed in the online message board under Tracy’s obituary.

On the day our paths crossed, Jolene and I were returning home after one of my many Dr. appointments in Fargo. I was diagnosed with Parkinson’s last November. Physically the meds have helped considerably, but for whatever reason I have lost my ability to maintain focus in my close-up vision. Frustrated by having learned that there was nothing that could be done to remedy my vision problem all I wanted to do was get home. We made a last minute decision to stop at the mall-for no apparent reason at all. Had we not stopped, out paths would not have crossed. Jolene had recently (just 9 days earlier) completed CPR and first aid training. We truly believe God placed us there to render help and comfort to you and your family in your great time of need.

A number of remarkable things happened that evening as I reflect back. First, shortly after Jolene and I arrived on scene, as Jo was helping Tracy and I was checking on the others, witnesses had reported to the officer on scene that there was a young man coming across the field. What was remarkable was that they did not know where he came from and where he went. He was there and then he was gone.

Secondly, after they informed you that Tracy had died, I recall Mariah crawling up into your lap, giving you a hug and then with a sense of calm and peace as she stroked your cheek she said, “Dad, it’s not your fault and we’re going to be okay.”

Thirdly, after the confusion over Kelsey’s flight was miraculously straightened out and she arrived safely to Fargo, I recall the walk down the hallway as you informed her that her mother had passed away. After several moments of her expressed grief she hugged Mariah, greeted Steve and then she walked over and with the same sense of calm and peace that Mariah displayed she said the exact same thing to you, “Dad it’s not your fault and we’re going to be okay.” God blessed you with two remarkable daughters. After returning to the Hospital we exchanged parting greetings and went out separate ways.

Then, on Saturday morning after we had returned from our trip to Jo’s mom in Cloquet, I received a call from Pam, the administrative nurse on duty that night. She thanked Jo and I for our assistance that evening. She also had wanted to clarify with me something that had happened that evening. She said, “After Tracy had passed away, I believe only Bruce and yourself went into Tracy’s room and then you left for the airport.” I said as far as I know that was what had happened and that as far as I can recall Bruce said he didn’t” want Mariah to see her mother that way. Pam then proceeded to tell me that she had two different nurses on duty that night report that they had heard what sounded like the singing of hymns coming from the room Tracy was in (this would have been during the time we went to the airport and when the rest of the family had also come to meet us there). Sometimes all we can say is what a hymn-writer penned, “God moves in a mysterious way….”

You all have been in our thoughts and prayers and will continue to be. I hope that some day our paths can cross again. Maybe sometime when you get to Fargo it will work out for us to meet you. We commend you on your endeavor as you seek to establish “Tracy’s Sanctuary House.” Jo and I have enclosed a gift along with another gift given by one of our members. May God bless and bring to fruit this endeavor.

“May the peace of God which is beyond all understanding guard your hearts and minds in Christ Jesus.”

P.S. I have also enclosed a devotion booklet for you as well. 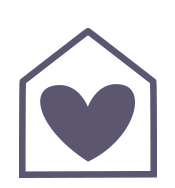